KING ABDULAZIZ CENTER FOR WORLD CULTURE INAUGURATION CEREMONY
KACWC and five oil and gas projects were inaugurated by Filmmaster with Saudi King Abdulaziz in attendance. Filmmaster created the main theme which saw the ‘stream of energy’ transform into the ‘stream of knowledge’ over the course of the event, symbolising the country’s evolution into a new era. The event included world-record-breaking 360-degree projection mapping on the building, the world’s largest freehold hologram screen, and a simultaneous live broadcast from six locations around Saudi. 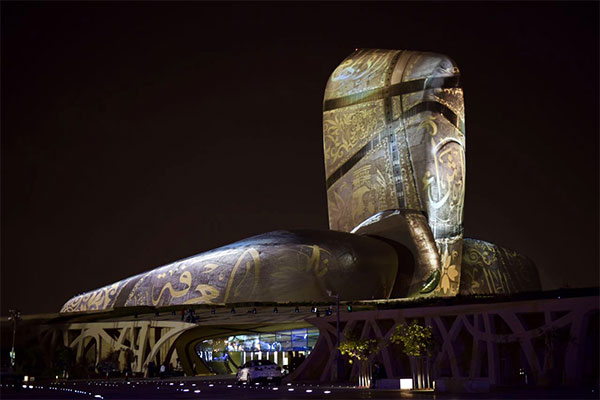 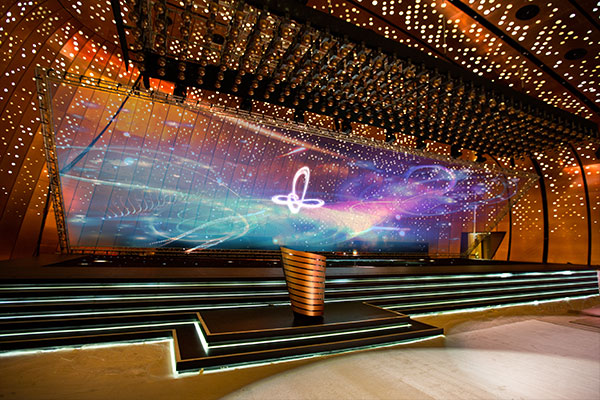 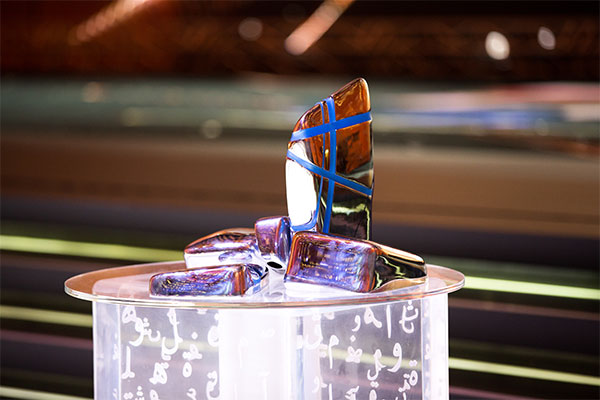 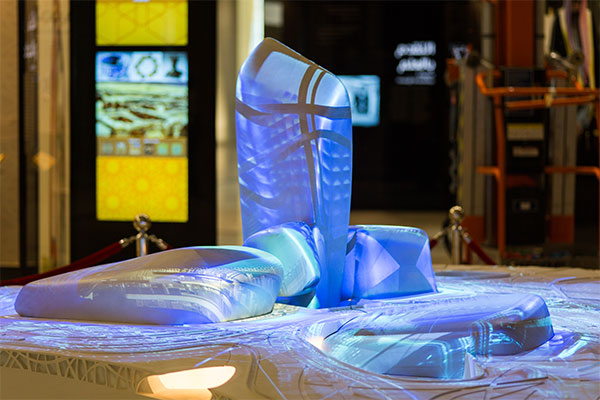 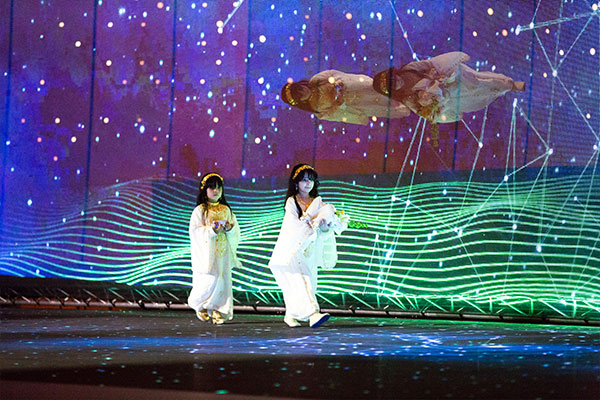 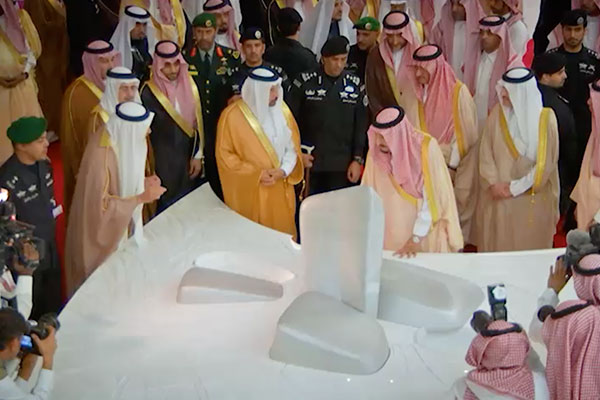 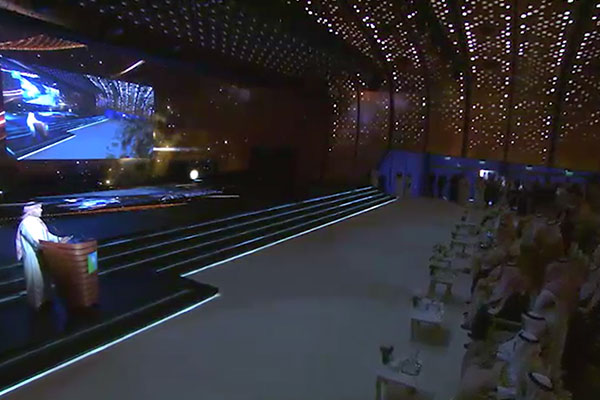 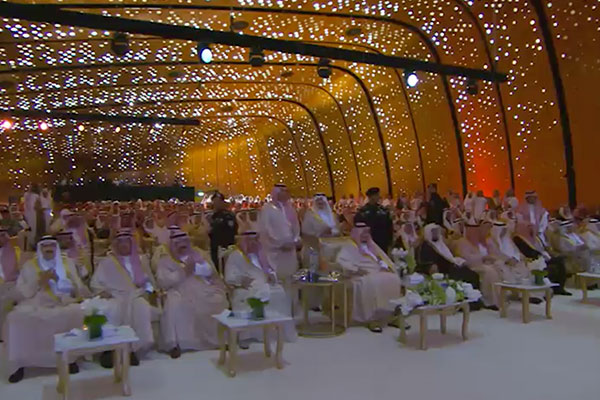