EURO 2016 OPENING CEREMONY
Held at the Stade de France, the opening ceremony of the Euro 2016 paid tribute to the traditions and history of France and the renowned French spirit. World-famous French DJ David Guetta - who also created the Euro 2016 anthem - performed live, as did 550 performers who were choreographed by Wanda Rokicki. The ceremony was broadcast to an audience of 180 million people in 220 countries. 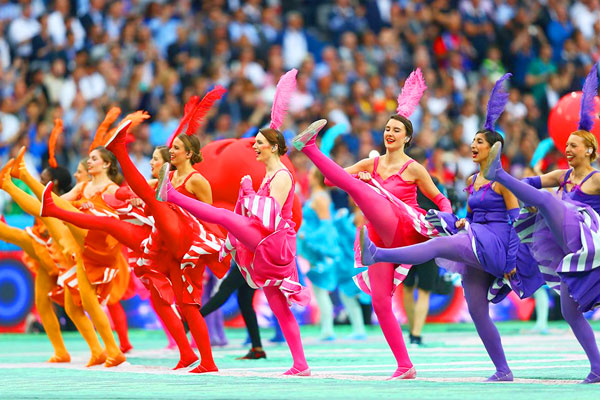 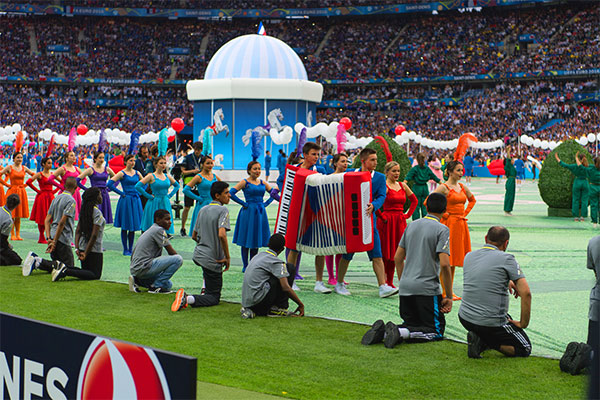 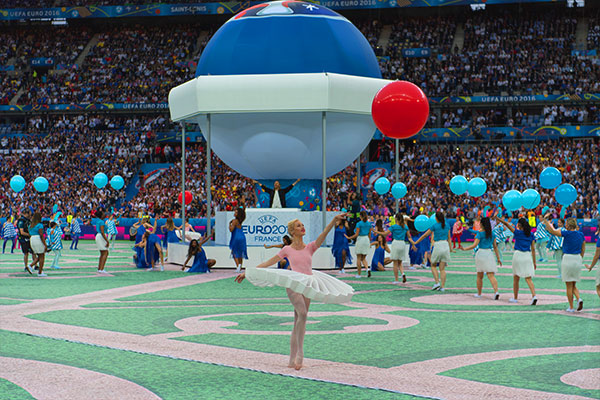 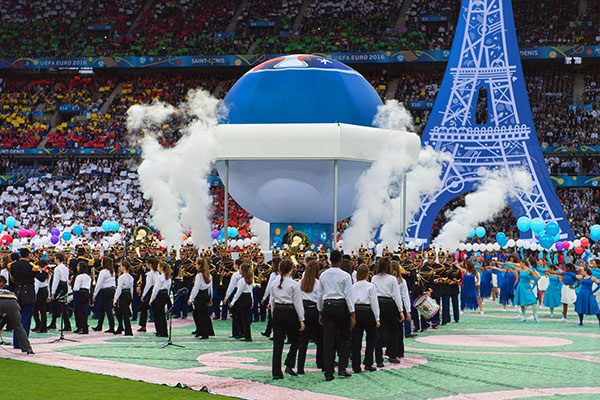 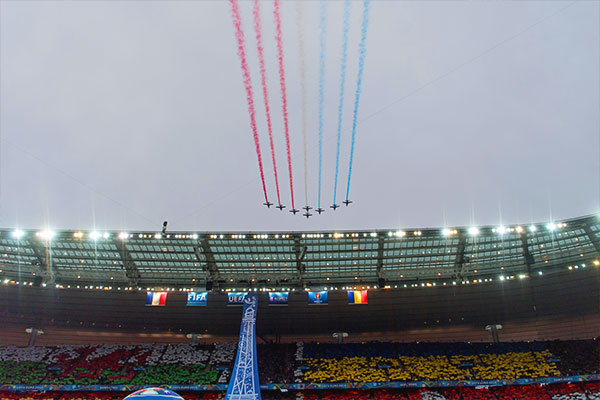 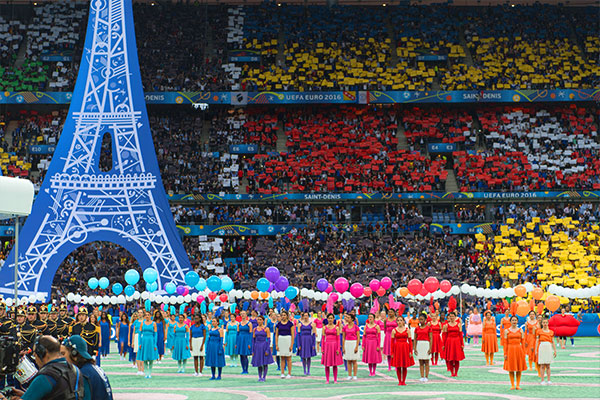 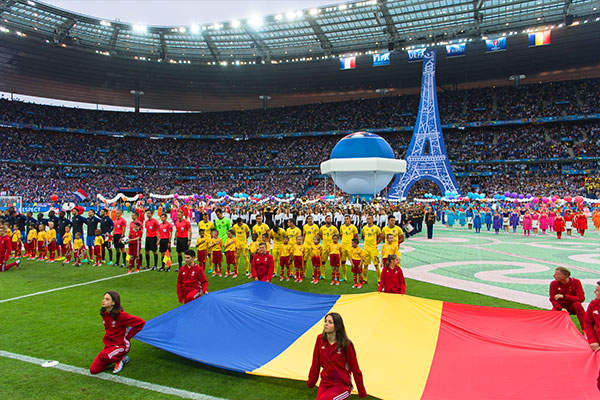